“a beautiful tension between jagged noise and extra-terrestrial atmospherics” – Stewart Smith, The Quiteus

“the sound of two experts treading around the trap that they’ve laid for themselves . . . a stranger and more alarming album than I ever thought it could be” – Jack Chuter, ATTN Magazine

“The lightness with which Turner and Yoshihide hold volatility mostly in abeyance but sacrifice none of their performance’s near-ritualistic formal tension is remarkable, and makes for a thrilling listen.” – Tim Owen, Dalston Sound

“Yoshihide allows his guitar’s feedback to build up, and as The Last Train unfurls with ghostly patience, he carefully molds the increasingly molten sounds emerging from his six-string until at times it barely sounds like a guitar at all. . . . Turner’s jangles on bells and bowls imbues the music with a gamelan-like ritualism, whilst Yoshihide’s guitar acts as a bass-heavy foundation allowing the drummer to throw out percussive blasts and clashes in controlled abandon.” – Joseph Burnett, Dusted

“Sounds hide within shadows, and what might be a discreet scrape on a cymbal could equally be an inconspicuously stroked guitar string. The musicians feed their material into the space, enough to be picked up by their feedback system, after which they ride their own sounds, penetrating inside the noise to throw its shapes.” – Philip Clark, The Guardian

“a dazzling array of sounds that vary greatly in volume, timbre and tonal quality, the common denominator being their rightness for the moment in which they are played . . . Turner and Otomo are totally locked into each other, with the interactions between them radiating impressive levels of control, empathy and focus.” John Eyles, All About Jazz

” . . . rustling percussion and ghostly echoes do much to concentrate the mind . . . . If ever there was a case of silences that act to illuminate and harness the non-silences then this is a great example. . . . an album that makes you think beyond the music itself while at the same time allowing you to admire the method, musicianship and holistic environment achieved by the performance itself.” – Stephen Graham, Marlbank

Utterly beguiling recording of two great improvisers at work in the Hara Museum, Tokyo in the winter of 2013. Drumset, percussion, guitar, amplifier – a simple set up that produces complex and extremely dynamic results, with immense swells of enveloping feedback, fragile cymbal scrapes that hover at the edge of audibility, ecstatic free-rock clatter and slyly resonant melodies. 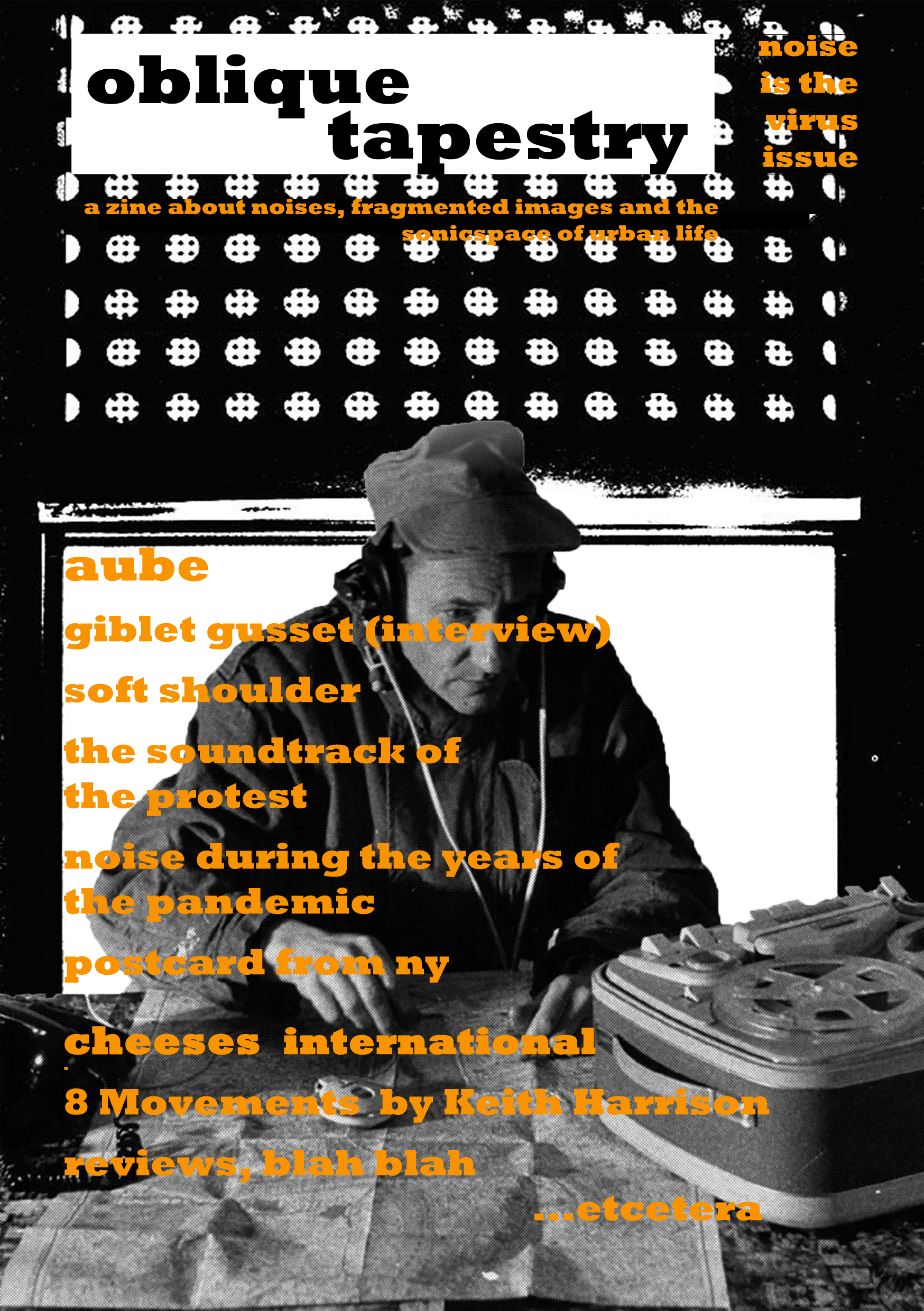